The Art & Film installation pîkiskwe-speak launched at Edmonton’s Metro Cinema on June 8th, 2017.  The event was co-presented by Dreamspeakers Film Festival, the Metro Cinema, and the University of Alberta Department of English and Film Studies as part of the Reconciliation in Focus Series.

The evening opened with the beautiful flute melodies of Indigenous artist Amanda Lamothe and prayers offered by Cree Elder Alsena White.  A screening of Lana Gets her Talk was followed by a Q & A with Lana and Beth, facilitated by the U of A’s Katerine Meloche. The acapella trio, ASANI, with Debbie Houle, Sherryl Sewepagham and Sarah Pocklington closed the evening with the perfect song, Listen.  Folks gathered for tea, bannock, and conversation after the presentation, which gave them an opportunity to study Lost My Talk and other artwork by Lana in the Metro Cinema Gallery.

A big thanks to everyone who made the evening possible, including the team at Metro Cinema for hosting the event, Christine Frederick of Dreamspeakers for serving as MC, and Heather MacKenzie Consulting for providing refreshments for our reception.

The warmth of the evening left us with our hearts full.


Warning: Use of undefined constant php - assumed 'php' (this will throw an Error in a future version of PHP) in /home/pikiskwe/public_html/wp-content/themes/pikiskwespeak/template-parts/content.php on line 28

Our first collaborative presentation of pîkiskwe-speak was in May, 2017 when we were invited to present Lost My Talk and Lana Gets Her Talk at the Indigenous Thought and Being Conference hosted by University nuhelot’įne thaiyots’į nistameyimâkanak Blue Quills (UnBQ), Alberta.  It was a wonderful opportunity to bring the project “home” because it was at UnBQ that the artwork and film found their inception: Lana began work on Lost My Talk during her time teaching at UnBQ; and Beth met Lana at UnBQ while she was filming the documentary Gently Whispering the Circle Back, a work commissioned by UnBQ.  We hope pîkiskwe-speak will spread the courageous work in healing and reconciliation initiated by Blue Quills.

“Since 1971, the educational facility originally called Blue Quills First Nations College (BQFNC) has been a locally controlled Indigenous education centre serving the academic and training needs of people of all cultures, encouraging everyone to experience studying in a unique socio-cultural and academic environment.  As an Indigenous non-profit educational institution, a prime objective is to promote a sense of pride in Indigenous heritage and reclaim traditional knowledge and practices. …

With the generous support of the Canada Council for the Arts New Chapter Program, the pîkiskwe-speak Art & Film Installation will tour to select locations across Canada. Lana and Beth look forward to travelling to each Host community to launch the Installations and share in a community Conversation in Reconciliation. An Indigenous Elder from the Host community will be invited to guide the conversation and help participants understand the unique experience of the people in that area. It is hoped that Indigenous and Non-Indigenous Canadians will join in the conversations and work together to heal the wounding and build community in this shared land. 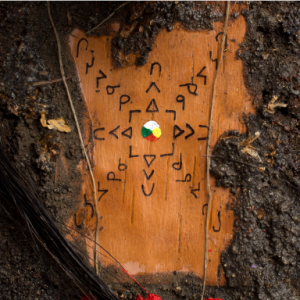 Visitors to the ongoing Installation can join the conversation by sharing their thoughts and feelings in the pîkiskwe-speak Sharing Book, which will be available in each location. These comments will be shared anonymously online with an even wider community as the tour progresses and the conversation grows.

We invite YOUR contributions to the wider Conversation in Reconciliation here.

Please share your thoughts and feelings honestly but kindly.